About a skin pride 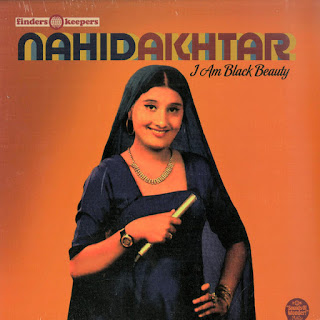 Nahid Akhtar is a Pakistani playback singer. She is tagged as the "Nightingale of Pakistan". She was the top Lollywood playback singer during the second half of 70s and 80s. She won 3 Nigar Awards and a Pride of Performance in 2007.

Nahid Akhtar was discovered by veteran musician. M. Ashraf as a teenage sensation in the mid 70s; inaugural released film was "Nanha Farishta" in 1974 and in the same year she climb to the top with super hit songs in film "Shama".

Her stylistic mastery and trade marked television appearances continued through the 1970s; increasingly, though, her attention was turned to the cinema. Films became the topmost priority to Nahid while television went down to the next level. Finally, in the mid 80s she left the film scene as a singer.

This blog does not store any files or folders on its server. All the postings are just for promotional and preview purposes only. If you like the albums posted here, please support the artists by buying their music.